Yesterday I met up with Freddie from Oakenshaw who is keen to learn about general wildlife.  The theme was to find and learn about spring migrants both from descriptions and song as well trying to see 30 different species of birds…The first signs were excellent as the sun was shining but there was a northerly wind which is not conducive to assisting spring migrants. 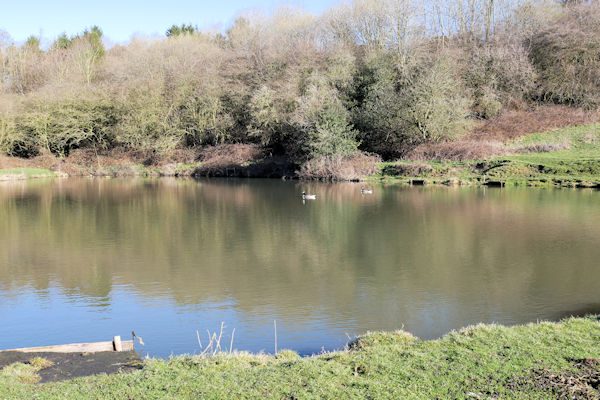 We first walked into Toad Holes Beck and quickly heard and saw our first two Chiffchaffs of the spring.  At Caldene fields two Herring gulls have been feeding at the site for about the last week which is unusual but they were absent, but a Lapwing (possible male) was seen again.  Another Chiffchaff was in full song at Raw Nook Nr. and as we walked on the main path we had a bit of a surprise as we flushed a Woodcock! my first ever spring record for the site!  I just wonder if all the work we have been doing at the site has encourage a Woodcock to have a look at the site for possible breeding.

So we had seen our first spring migrant and the species list stood at 30.  However, on my back I added House Sparrow and Common Buzzard which drifted north over TH Beck which brought the total to a respectful 32 species seen or heard.