Sorry for the late entry about the Bio-Blitz. The event was at held at Toad Holes Beck and Raw Nook NR on 23rd/24th of June and was organised by the Yorkshire Wildlife Trust. But  I’m still waiting for some records to come in and to be honest  24 hours non-stop wildlife recording session caught up with my tender years.  However, what an experience…and something I will never forget. 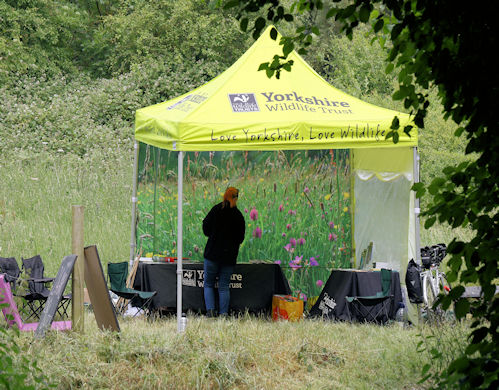 Seonaidh of YWT setting up the marquee

The morning started with YWT guided walks looking at Tracks and Signs and Tree folklore. Sarah of YWT led a group looking for Mini Beasts and found a fairly uncommon Golden bloomed grey longhorn beetle Agapanthia villosoviridescens in Toad Holes Beck. However, last year I found the Beetle in Raw Nook NR which now proves our lovely friend is living at both sites which is excellent news for our area.

A lady in Sarah’s group also found a Cream Spot Ladybird at Raw Nook NR which is a new species for our records.

Perhaps the main highlight though was the YWT pond dipping and identification session at 18.30 at Toad Holes Beck.  To see so many of the next generation enjoying the outdoors and catching and identifying animals was brilliant. And the best bit was 3 new species were added to our list. 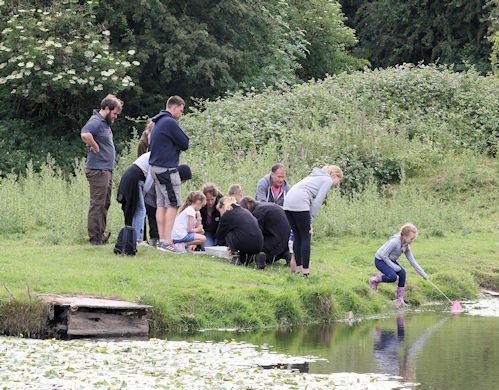 The Bat Walk was next and I was really excited to have some YWT bat experts leading the walk.  They supplied the public with bat detectors which was great.  Both Common and Soprano Pipistrelle were in good numbers at both Raw Nook NR and Toad Holes Beck.  I have never done any Bat work in Toad Holes Beck so I was hoping the experts would find a possible new species.  And the tantalizing news came when one of the YWT team picked up a possible Leisler’s bat ..but further work needs to be done to confirm the record…Fingers crossed.

Then it was my turn.  I was doing a moth trapping session at Toad Holes Beck however, at around 3am the light in the trap broke…But all was not lost as 24 species were recorded for the site and 3 new species for our records came to light including a Pinion streaked Snout Schrankia costaestrigalis which has a Yorkshire status of : Scarce and local resident. 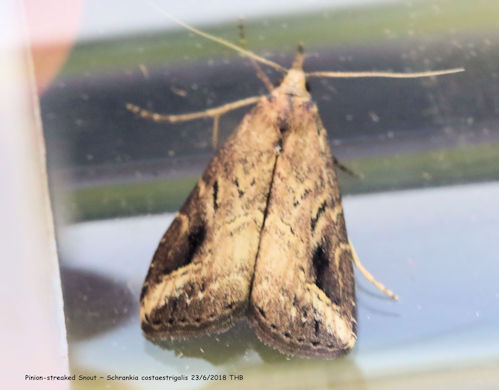 Day break soon arrived and I led a Bird Walk around the area.  By 07.30 am more people started to arrive as Seonaidh of YWT checked the mammal traps that some children had set the previous evening.  Nothing was found in the traps except in the last one when a vole was caught and released. 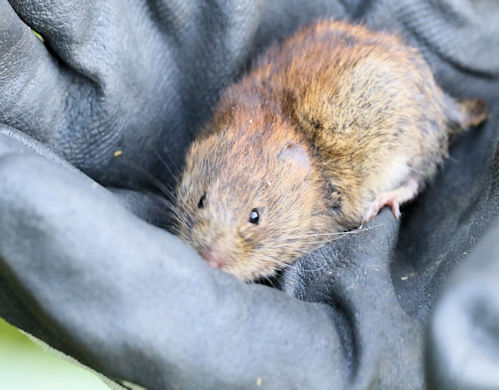 …A possible Bank Vole!  Although we will have to wait for conformation from YWT.

Further updates on sightings from the event will be posted.

A big thank you to all at Yorkshire Wildlife Trust!