An insight into Flora and Fauna

I am the voluntary wildlife recorder for the Low Moor & Oakenshaw Conservation Group and this 2017 report reflexes my observations and ecological recordings for the named sites below. 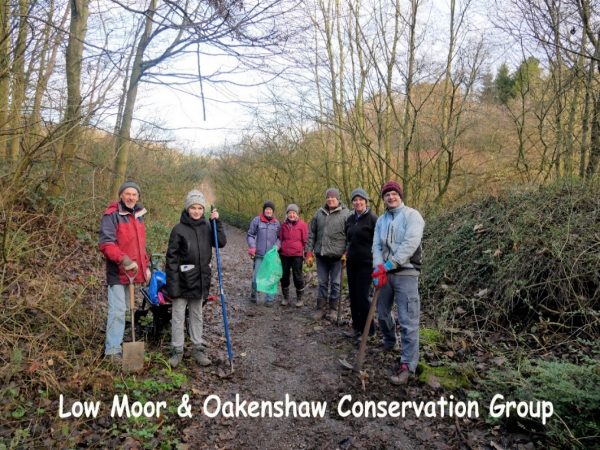 The sites our group monitors and conducts voluntary wildlife/general maintenance work at are:

This 2017 insight into Flora and Fauna reflexes my observations and ecological recordings within the named sites.

On a regular basis I walk the sites and record in a pocket book my natural history observations.

Any unfamiliar species are photographed and a description is taken. With this evidence I research the species or contacting various specialist groups like the Royal entomological society for a second opinion. I then transfer this data to my Mapmate biological recording system which allows me to analyse and monitor the population status of species within our recording areas.

This data not only assists me in giving a good accurate insight into the status of the flora and fauna at the sites but can have a significant role in setting conservation action priorities for the areas.

In addition I carry out survey work at the sites which may involve working with other wildlife groups.

Overall 2017 has shown a slight decline in some species within our recording area. Some butterflies for example have followed the national downward trend although good numbers of Red Admiral Vanessa alalanta migrated through the sites, mainly Caldene fields in the late autumn.

Whilst there was an increase in new moth species discovered like Aristotelia ericinella sadly some species like the Heart and Dart Agrotis exclamationis showed cause for concern as only 65 individuals trapped in 2017 compared to 135 in 2016.

Amphibians particularly the Common Frog Rana temporaria did not have a good breeding season although juveniles Smooth Newt Lissotriton vugaris were regularly noted suggesting the species did better.

Two new bird species were added to my list which now stands at 133 species recorded either breeding or migrating through the area. A total of 66 different species were recorded on visible migration using the urban migration route that passes through our area in spring and autumn.

In 2015 I have started to learn, collate data and survey a number of different insect families such as Hoverflies, Bees and Shieldbugs etc.

This challenging work has carried on during 2017 and a good number of common species have now been added to various insect lists for the sites.

However, an uncommon record relating to a Fly Diptera Order: Conops quadrifasciatus (below) was noteworthy. 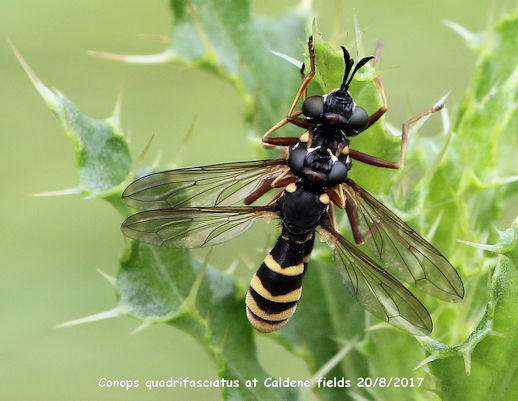 I found the species at Raw Nook Nr on 14/8/17 and a pair were observed copulating at adjacent Caldene fields on 20/8/17.

The National Biodiversity Network’s atlas shows there are no records of Conops quadrifasciatus for the Bradford and Leeds area.

Summary: Management/maintenance at the sites

This year a lot of the group’s time was spent concentrating on the permanent removal of Silver Birch Betula pendula saplings, reducing Bramble Rubus fruticosus agg and clearing Rosebay Willowherb Chamerion angustifolium that have encroached into the heathland habitat at Raw Nook Nr. 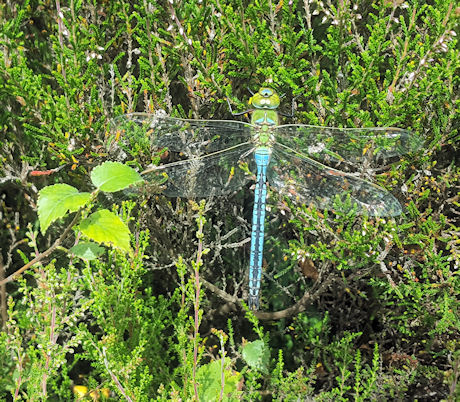 A pathway that flooded at Toad Holes Beck caused problems for members of the public and was addressed by forming a new water channel. (above)

There was also a number of litter picks conducted around the sites and on one occasion 5 large bags of rubbish was cleared.

In September our Group had some excellent news!

When Danny Jackson Countryside and Rights of Way Manager for Bradford Council put us in touch with Sarah Goldsmith Inspiring People Officer at Yorkshire Wildlife Trust.

Sarah is working on an Urban Engagement Project which is about engaging with individuals and groups to establish how to improve access to natural green spaces and educate communities about the benefits of the local natural world.

As a spin off from our involvement with YWT the Trust is now working alongside our group and their knowledge and advice on possible grants, site management and conservation issues will be an invaluable resource in increasing biodiversity as well as improving the local environment.